The Steinbeck Bibliography is a growing collection of more than 12,000 citations and abstracts from journals, popular magazines, and newspapers. You can find information on reviews of Steinbeck’s novels, criticisms, discussions of characters, interviews, events, film reviews, history, politics, his travels, and articles written and published by Steinbeck.

Go back to previous results by clicking on your search term to the right of the Quick Search box.

Sort by date by entering a year in the Date field.

The Author, Title, Journal, Subject, and Date fields use exact phrases or an author’s last name.

To request a complete article, copy the title and record number, then paste and email to steinbeck@sjsu.edu. 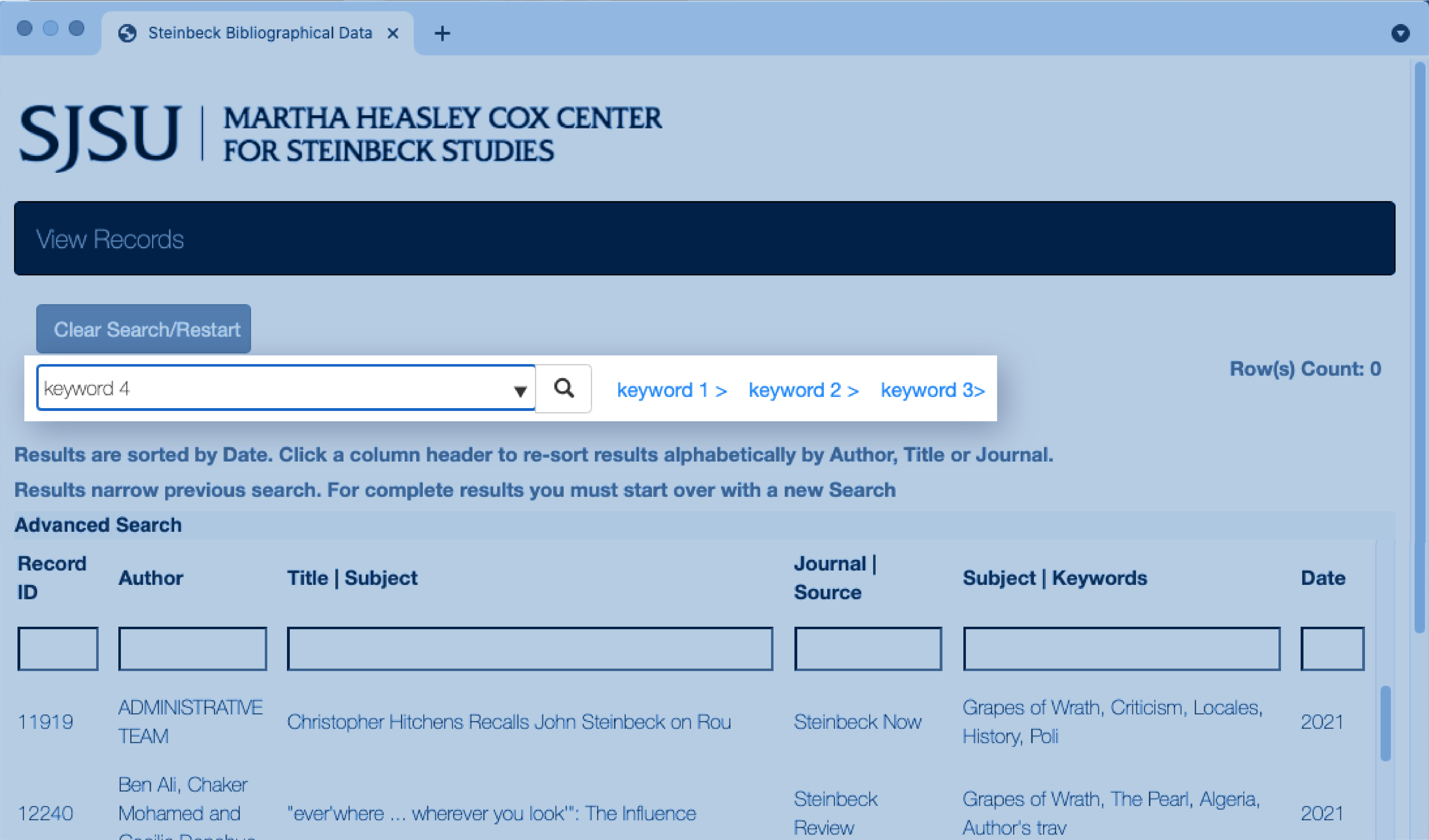 To request the complete article, copy the title and record number and paste in an email to steinbeck@sjsu.edu. 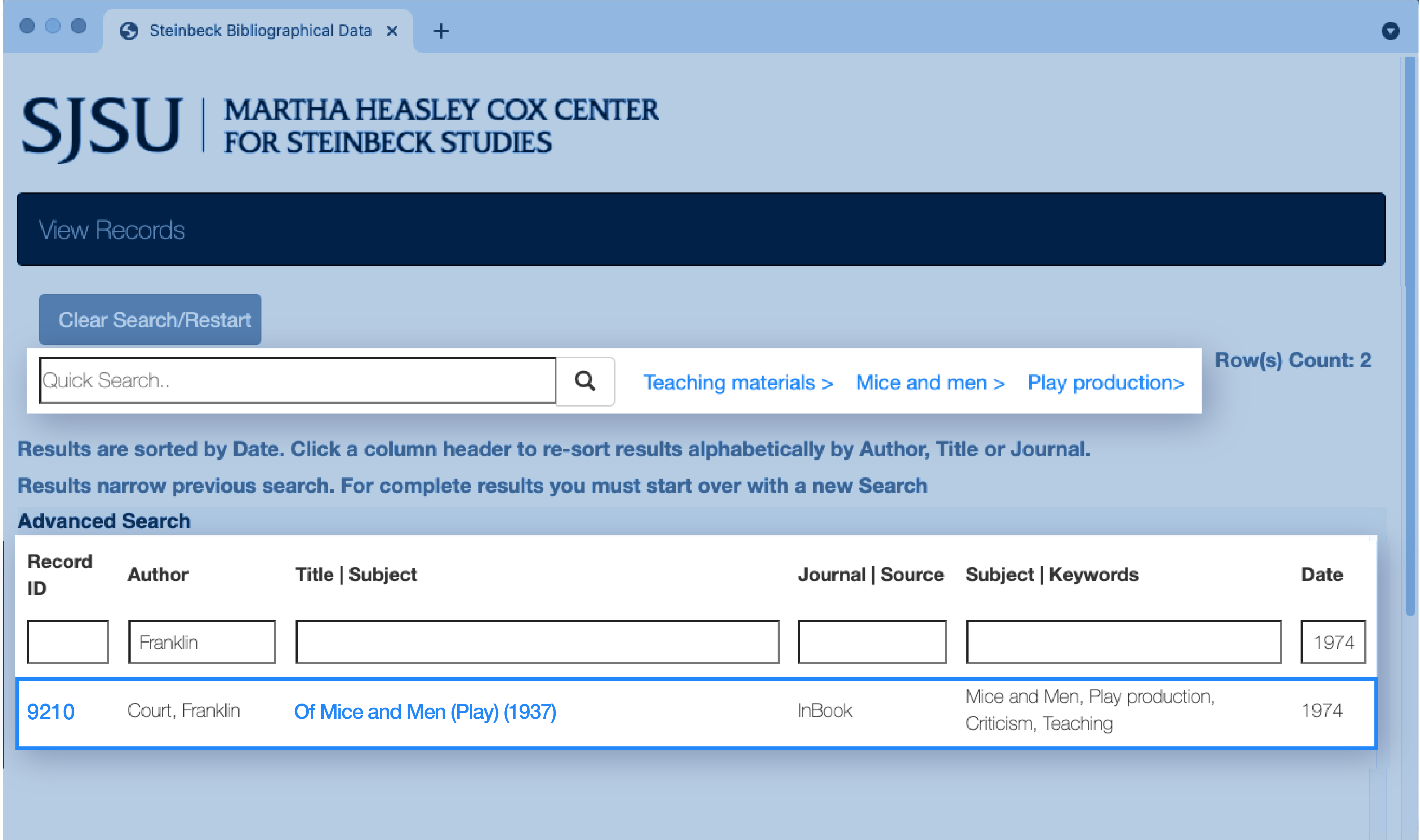 Titles of novels and keywords will autofill, so double-check search terms before pressing enter. Use keywords to narrow your search to related articles.

Author’s style – A criticism or reference to Steinbeck’s writing style, philosophy and process

Awards – Any award or prize

Correspondence – Reference to and of letters between Steinbeck and others

Excerpt – Any Steinbeck work published in part, usually in a magazine or journal

Interview – Interview or quotes about Steinbeck, from the author, family, friends, or scholars

Okies – Specific reference to the Midwest migrants of the dust bowl

Original work – Steinbeck articles published in journals, newspapers, or magazines. To see a list of magazine and newspaper articles written by Steinbeck, enter “Steinbeck” in the Author field and “Original work” in the Subject/Keyword field.

Politics – A mention or reference of politics

Production – Backstory on development of a work or adaptation. Use with book, play, film, opera or television. Information on reprints, copies, pricing, sales and publishing

Religion – Steinbeck’s use and criticisms of religious reference

Scholars – Information on research by and for scholars

Unpublished – For works not officially published